Posted on February 21, 2014 by ukdesperatehousewifeusa

George Bernard Shaw was correct when he said/wrote that line. (Some think it was Oscar Wilde who said it, and as much as I love that dude, I’m pretty convinced it was GBS.)

As a Brit in the USA I often say things and they are misunderstood, or not understood at all. It’s still quite charming, and one of the differences between us that I really enjoy experiencing and writing about.

I gave a talk about nutrition to a group of American ladies recently. I asked them if they ‘reached for things in their larder without a thought’ and they were very confused.

‘Larder….where you keep your food…?’ I added.

‘Oh, a pantry!’ they declared.

Yes, that’s right – because it is a little known fact that we British store our food in very high up places and often require ladders to reach it. 😉 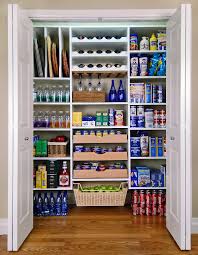 Larder or pantry – you choose. Actually, some of those things look quite high up. I might need a ladder to get them 😉

Since I have been living in the States I find myself saying/yelling certain things a lot more.

This is one of them when I am in the car….

‘Indicate! Use your f*cking indicator!’

I’ve realised that what I actually should have been yelling, so that my American cousins on the road could understand me, was: ‘Use your f*cking turn signal!’. 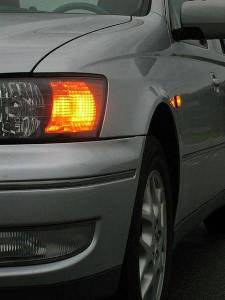 How to confuse Americans

I love this video by this couple showing how Americans can get confused by Britishisms. It’s like the sort of video HR play you in your staff induction when you start in a new job. Hilarious! They need their own show 🙂