Posted on March 22, 2014 by ukdesperatehousewifeusa

I feel the need to clarify why I call America ‘America-ca-ca’, and it’s not because I think it’s crap or dirty.

You see, Urban Dictionary states that ‘ca-ca’ is a term meaning ‘fecal matter’ used by Hispanics to deter their kids from touching something: ‘Juan, don’t touch that candy that fell on the floor, its caca!’.

The reason I use ‘ca-ca’ is because of the crazy British comedy programme Shooting Stars, where Vic Reeves and Bob Mortimer used the catchphrase ‘Ulrika-kakakakakaka’ when referring to Ulrika Jonsson, the Swedish totty who was a member of the panel.

It’s just one of those things that sticks in yer ‘ead.

Just so you know – I’m not being offensive!

Yes, I am well aware that a ‘growler’ is a glass or ceramic jug used to transport draft beer.

However, I can’t help but chuckle when I see the word.

As per last night 😉 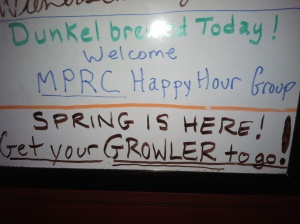 Come and get it boys!

The President and the Barbie

If this story has not yet been written, I expect it will be soon. 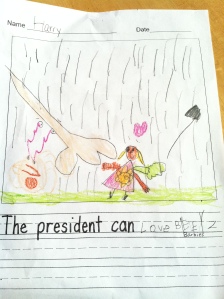 I wonder if they will fall in love….

According to Harry, the President of the USA can do pretty much whatever he likes. That includes loving Barbies.

Yes, that is intentionally Barbies, and not babies. 😉

Get the Kid a Ruby Murry!

You can call Social Services if you like, cos this British mother is guilty of child neglect.

How do I know Harry, age 6, is a little Brit with much American influence in his life? (FYI, that influence is made up Famous Dave’s; The Cheesecake Factory; steakhouses and other such American stuff!).

I know because of this sentence:

It really is a practically a criminal offence for me, as a British mother, not to have given him a sampler. Safe to say, this disaster was rectified this weekend, and he is well and truly a lover of (v spicy) curry. 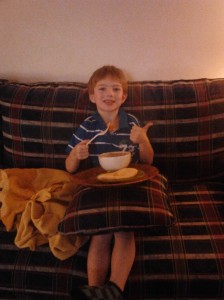 Thumbs up for a a spicy masala!

It’s a bone of contention by Brits in Howard County that it’s hard to find a decent curry (“like the ones back home”). We do like our curries (well, most of us) – they are now part of our culture – and many a Friday night was a spent having a few beers/wine and then a curry. Honestly, I don’t miss them at all. Though if I was offered one I might just partake… 😉

Oh, what are my American friends on about I wonder sometimes? ‘Dukey!’ ‘Mercer!’ ‘March Madness!’ they cry.

‘March Madness is a phenomenon that grips the national sports psyche from the second week of March through the first week of April. March Madness is the moniker that is given to the National Collegiate Athletic Association (NCAA) Men’s and Women’s Basketball Tournaments. These tournaments determine the national champions of college basketball.’ 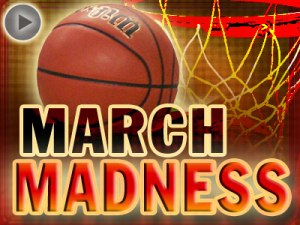 Apparently it’s been pretty ‘awesome‘ so far in 2014 already….

Okay, I’m not sold, but I’ll certainly attempt to muster some interest and enthusiasm on my friends’ behalf. 🙂