Posted on July 29, 2013 by ukdesperatehousewifeusa

A slice of American suburbia

A feature on the Daily Mail US site (yes, I am reading the DM again – sigh) featured a group of photos capturing the American middle class dream. It’s interesting to see, and from living here now I can see that most of that does really and truly exist. However, they all look really bloody miserable. 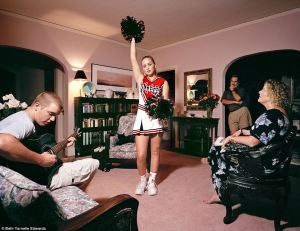 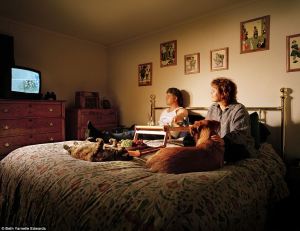 The American version of the TV dinner

BUT – is this really the middle class dream of America…? I need to know!

Last night we had the good fortune to attend the Chesapeake Shakespeare Company’s production of Taming of the Shew outside and very marvellous it was too.

What was I in for? After all, I contemplated beforehand, this is Americans doing Shakespeare and I have seen the movie attempts and Shakespeare is so….well so very British!

Check out my review for the Baltimore Post Examiner – how did my English ear feel to have Americans spout forth my beloved prose, and what was my son’s impression of his first Bard encounter….? 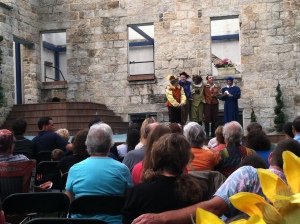 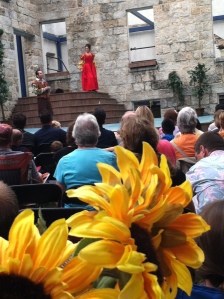 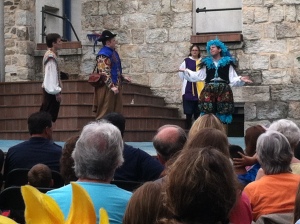 And now for something a bit controversial……

Look away now, if you are American and get offended. I ummed and ahhed about whether or not to post Nick’s interview here, because I am not blogging to cause divisions…..however, an interview is an interview – and much of this is positive, but this Brit also has strong opinions, so let’s hear it Nick…..

Nick Stern grew up in the Hertfordshire suburbs. He occasionally attended school and didn’t really achieve very much in the way of qualifications. His interest and passion first led him to a career as an electronics technician. At the age of 30 he sat on a Spanish beach with a bottle of sangria and decided he wanted to become a photographer.

He has spent the next 18 years travelling to over 45 countries , covering news events including civil unrest, earthquakes, murders, drug and people trafficking for media outlets including The Sun, The Daily Mail, The Mail on Sunday, National Inquirer, The BBC, CNN, New york Daily News, The Mirror, Mail on Sunday and many more. And going to swingers’ parties for the News of the World. After a number of photo assignments in the USA he decided to move to LA, where he now resides. He is single with a very hot Persian/American girlfriend. 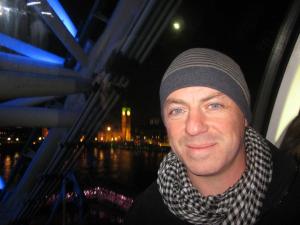 What do you enjoy most about living in the USA?
For me the lifestyle in Southern California is the biggest pull. I love a simple life style where I can choose how much I work and really make the most of my free time. SoCal is great for hiking, working out, taking care of your health and fitness, no one thinks you are crazy if you work out every day and cycle 50 miles on a day off. Los Angeles is an unusual city in the no-one works 9 to 5. So you can always grab a late lunch with a friend or hike at 3pm with a pal. 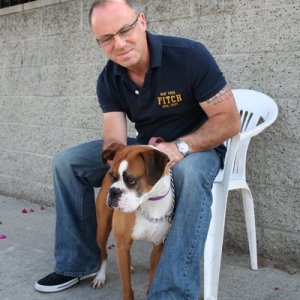 Hollywood in particular has a unique feel to it. People are arriving here everyday in search of their dream. This brings with it an amazing positivity. New arrivals believe anything is positive. many leave after a year or two having failed to find fame and fortune, only to be replaced by more newbies.

What do you miss about the UK?
LA has four seasons. Winter – warm and dry. Spring – warm and dry. Summer Even warmer and drier. And Fall – still warm and dry. One thing you take for granted is the seasons. I really miss that. Waking up on a Sunday morning to the sound of rain on the window, and cold November nights with that smell in the air as it approaches November 5th. Oh and Twiglets. 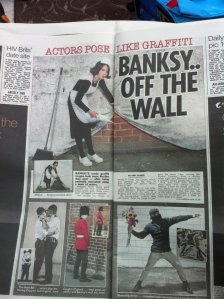 Some of Nick’s work hits The Sun in the UK

What differences do you still encounter?
The Irish writer George Bernard Shaw once said: ‘England and America are two countries divided by a common language’. That is so true. Try ordering a ‘bottle of water’. The US continent is so vast and the cultural differences from one region to another are huge, even greater than neighbouring European countries. The wealth/poverty divide is very evident, and something many american make no apologies for, intact the wealthy wear it as a badge of honour. something that separates them from the needy.

The best thing about being a Brit in the USA?
Americans seem to perceive us Brits as more intelligent and cultured than their own trailer living brethren. This can be a great advantage and immediately elevates your status and value. Once the language barrier is over come they quite enjoy the British accent. I get a way with using a whole host of four-letter expletives the sound of which my LA friends just seems to enjoy. I was once asked what language they speak in London! 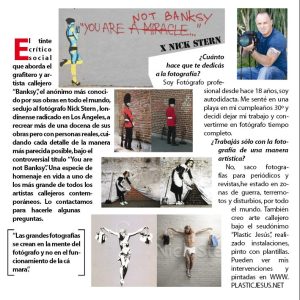 What myths, stereotypes and preconceptions about the USA do you think do exist or are just a load of nonsense?!
I think most of the myths and preconceptions are pretty much true. In Vegas people are fat, in the south they drive trucks and drink moonshine, on the West Coast they are all hippies and on the East they are so far up their own asses they never see the light of day.

I look forward to comments on this….!