Posted on June 1, 2013 by ukdesperatehousewifeusa

GBP sign
I realised yesterday that I had forgotten how to write a pound sign. Once I had looked it up, it still felt odd to write. Weird. 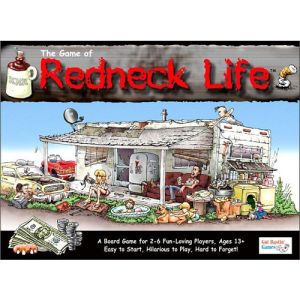 This is the description: ‘Step into the world of “Redneck Life” where a roll of two dice determines the grade you complete in school. This sets you up for one of 11 fabulous careers including a Mullet Salon Operator or Monster Truck Announcer. Journey through Blue Collar Americana using credit to buy vehicles, get married, purchase a home, get divorced, remarried, and raise a passel of young ‘ens. Through accidents and brawls, players lose teeth during the game. Buy some back if you can, as the player with the most teeth at the end of the game wins!’

I feel a Redneck Dinner Party coming on….who’s got a trailer?

Marion Barry
Yesterday at Cantina Marina in DC the crowd was going nuts because Marion Barry was in the house. I had no idea who he was, but I certainly ooed and aaahed when they told me all about him…

So, the dude is an American Democratic politician who is serving as a member of the Council of the District of Columbia, representing Washington, DC’s Ward 8. Barry served as the second elected mayor of the District of Columbia from 1979 to 1991, and again as the fourth mayor from 1995 to 1999. In addition to his current term, Barry also served two other tenures on the DC Council, as an At-Large member (audible snigger from the UK Desperate Housewife) from 1975–79, and as Ward 8 representative from 1992–95. In the 1960s he was involved in the Civil Rights Movement, serving as the first president of the Student Nonviolent Coordinating Committee (SNCC).

Interesting, non? Well, read on! This gets juicy!

Barry came to national prominence as mayor of the national capital, the first prominent civil-rights activist to become chief executive of a major American city; he gave the presidential nomination speech for Jesse Jackson at the 1984 Democratic National Convention. His celebrity transformed into international notoriety in January 1990, when Barry was videotaped smoking crack cocaine (with a hooker) and arrested by FBI officials on drug charges. The arrest and subsequent trial precluded Barry seeking re-election, and Barry served six months in a federal prison. After his release, however, he was elected to the DC city council in 1992 and ultimately returned to the mayoralty in 1994, serving from 1995 to 1999.

Despite his history of political and legal controversies, Barry remains a figure of popularity and influence on the local political scene of Washington DC. The alternative weekly Washington City Paper nicknamed him “Mayor for life,” a designation that remained long after Barry left the mayoralty. The Washington Post has stated that “To understand the District of Columbia, one must understand Marion Barry.”

Well I never did! What a naughty fella! 🙂

What we British find annoying
Just so people know it’s all about tea, queues, pints, baked beans and Sherlock Holmes….