Posted on December 13, 2013 by ukdesperatehousewifeusa

Yesterday there was a whole lot of hoo-hah here about Columbia, Maryland (that place where I live) being given a hard time by an actress off the telly (Julia Louis-Dreyfus from Veep, don’t ya know!).

This is my response to that piece published at the Baltimore Post Examiner. Enjoy!

And this is County Exectuive, Ken Ulman’s response 🙂

My American friend said that he had his first proper cracker yesterday. He was very excited to get a gift inside it, but he had no idea what it was.

Well, we discovered that it was Silicone Tea Infuser & Cup Lid, of the strawberry variety.

Was there a joke, I asked? I still don’t know the answer, but it led me to thinking. Would my American chums find the British cracker jokes funny? (By the way, we Brits don’t find many of them side-splitting hilarious, so don’t feel obliged to laugh….)

This year the UK TV channel Gold launched a Twitter competition to find some totally uproarious gags for its bespoke range of Christmas crackers…these, below, are some of the winners.

A panel of judges – led by comedy expert Bruce Dessau (who?) – chose a shortlist of the best #GoldCrackers jokes, which were then voted on by 2,000 British adults.

Some of these you will only really and truly get if you have knowledge of British culture (TV culture for the Queen joke, but it still kind of works without that knowledge, if you know how/people think the Queen refers to herself).

What does Miley Cyrus have at Christmas?
Twerky.

Why did no-one bid for Rudolph and Blitzen on eBay?
Because they were two deer.

Mary and Joseph – now they had a stable relationship.

What did Santa do when he went speed dating?
He pulled a cracker.

What does the Queen call her Christmas Broadcast?
The One Show.

Why don’t you ever see Santa in hospital?
Because he has private elf care.

How did Mary and Joseph know that Jesus was 7lb 6oz when he was born?
They had a weigh in a manger.

Why is it getting harder to buy Advent Calendars?
Because their days are numbered.

How do you know if Santa’s been in your garden shed?
You’ve got three extra hoes.
(I know a dirty version of that one! 😉 )

Why was the Brussels sprout sent to prison?
Because it was a repeat offender. 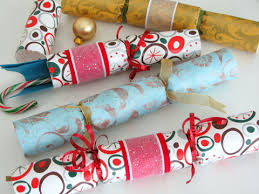 Such fun to be had!

The winning ‘twerky’ gag was written by Richard Woolford, who received £5,000 in prize money for his efforts (and a box of Gold crackers).

Bet he’s going to have a super-fun and utterly hilarious Christmas!

So, Americans/Brits….cracker jokes: funny or not funny?! Did you laugh out loud? Go on, admit it…you did! 😉