Posted on June 17, 2013 by ukdesperatehousewifeusa

Derecho came and went. He was a stormy kind of tornado, which I pronounced as “DEREKO’ (my thoughts were that it was like a male version of Irene and all those female storms….). But it is not pronounced like this.

A derecho (pronounced similar to “deh-REY-cho” in English) is a widespread wind storm that is associated with a band of rapidly moving showers or thunderstorms. And that’s what we got. Destruction wasn’t as bad as expected in Columbia, Maryland. But it came, it made an impression and it went again, which was just as well as I was popping out to DC and a bloomin’ storm wasn’t going to stop me. 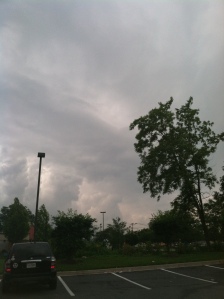 Oh dear, tipping….it’s still a tough one to get right.

I can’t quite fathom the process. It might be simple if it’s part of your culture, but it’s just not part of the UK culture and I am a bit awkward with it all still.

I get that the wages in bars suck and the etiquette is to tip. I get that great service = tip. But bad service? That does not equal tip, especially if you’ve been totally and utterly rude.

Mr Smith’s in Georgetown….rude bartender. Not waiter. Bartender. I approached him and requested drinks. He was rude and had then he requested a tip. Well, you ain’t getting one now, SonnyJim!

Oh my, I also can’t get my head around why in general Americans do not RSVP to things. We’re talking etiquette and cultural differences again! Oh, some do and that’s great and super helpful when you are organising something, but it is certainly not super helpful if people don’t reply, or they then reply on the day to say, ‘Oh, I might come,’ or ‘I can/can’t come’. 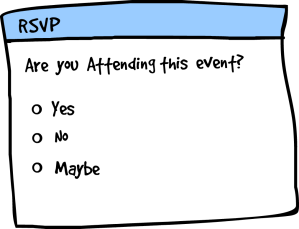 Us Brits tend to RSVP at the drop of a hat. To be clear: ‘Yes’ means I will come, and ‘No’ means I won’t come, but thanks anyway. Personally, I think it’s rude not to say something…… It’s as rude as not sending a thank you card or note, or email, or text……aye, and there’s the rub, I suppose!

Anyhow, The New York Times comes up trumps with an article about the death of the RSVP.

‘In the end, perhaps they [the invitees] were merely following the French literally: Respond, if you please. Left over from a time when graciousness couched demands as requests, the RSVP no longer functions. I therefore propose an update, something still French but a bit more … frank — the RVOM.: Répondez Vite — ou Mourez!

For those friends of mine who plead a lack of high school French, allow me to translate. Respond Quickly, or Die!‘

Howl at the Moon

Let me explain: Howl at the Moon is a duelling piano bar and a piano bar has been on my bucket list. A piano bar where the staff join in with it all and dance on the bar and you all get jolly-ly sloshed and sing along. And Howl at the Moon in Baltimore did just that. It felt a little bit like a being in a movie-mix of Coyote Ugly and Glee, which is a most excellent experience!

This is the sort of bar where the true Baltimore atmosphere seeped into your pores (as well as the vodka-jelly-shots….).

The songs were awesome, the crowd rocked it and the whole party-going-on-outside of Downtown Baltimore on a balmy summer’s evening with British and American friends will be a long-lasting memory….(most of it anyway!) 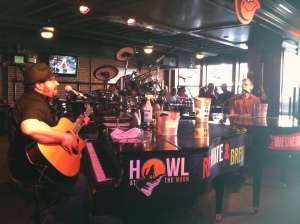 We certainly howled something!

Today I ate a Fluff ‘n’ Nutter sandwich without realising what it was. I sort of loved it, and am now sort of feeling horrible about myself because of that. 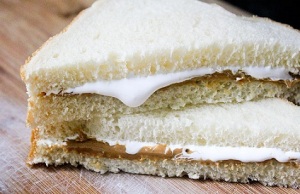 Trains. Not my bag. History. My bag.

And lots of flags there were too, which always makes for a good few pics! 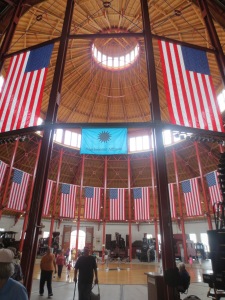 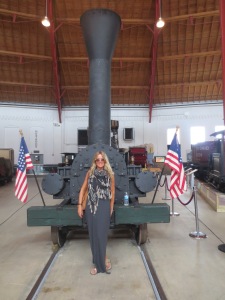 In America these are called ‘Solo Cups’ because they are made by a company called ‘Solo’. 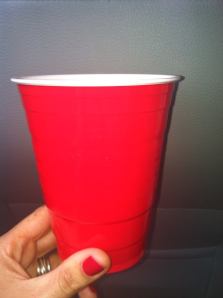 In the UK we call them simply ‘cups’ or ‘plastic cups’. Interesting. There is song about Solo Cups. More interesting.

My Facebook discussion about them made me realise that brand calling is very apparent in both our cultures. In the UK we call a vacuum a Hoover when that is a brand. This red cup is associated with partying and drinking. Solo also makes the plastic cup in blue, however, parties are not nearly as fun with blues ones I am told. The actual comment was ‘the beer always tastes better in a red solo cup.’ 😉

And then today I spotted these….classy! 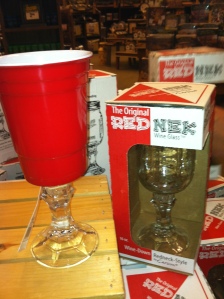 Baltimore behind the scenes

Someone asked me today when I said I heading out early on a Sunday morning to get some pics of Baltimore backstreets ‘don’t you ever stay home?’. I thought about this and I guess, quite simply, I wouldn’t have anything to write about or share if I was just holed up in bed on a Sunday morning.

And I am so glad I saw the backstreets of the city on a Sunday morning. Mesmerising it was, and for a while there I wondered if I was really only 20 miles from my Bubbleland……

When pictures speak louder than words….. 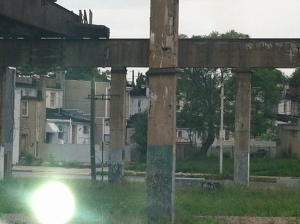 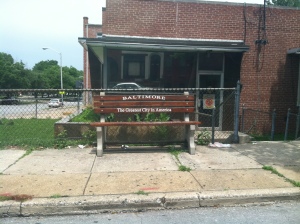 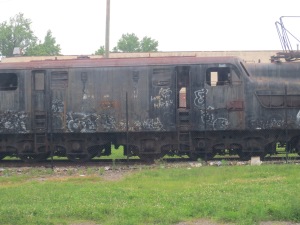 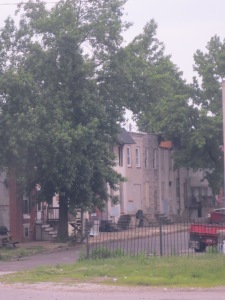 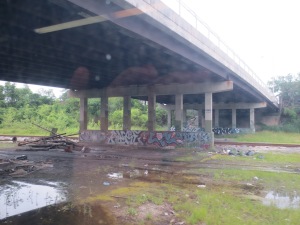 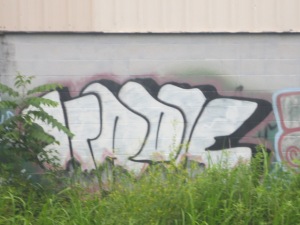 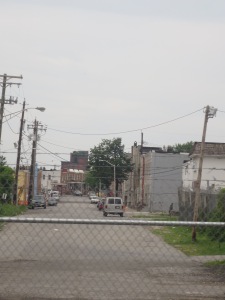 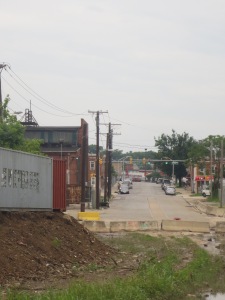 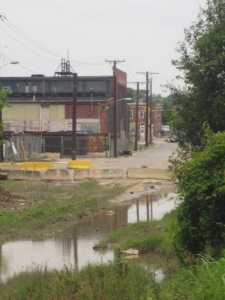 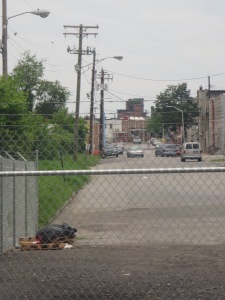 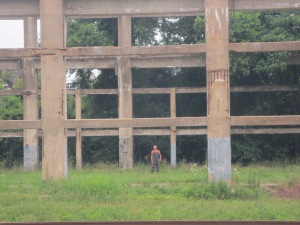 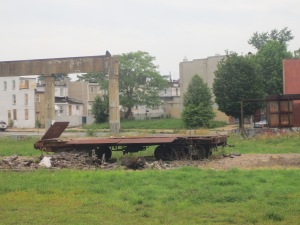 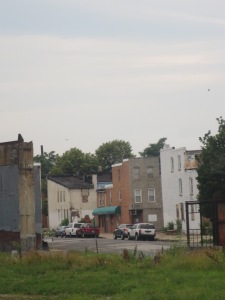 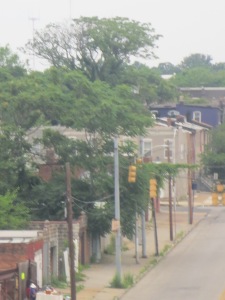 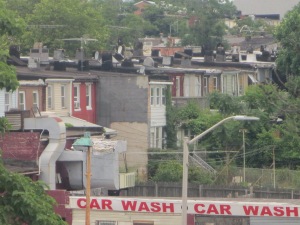 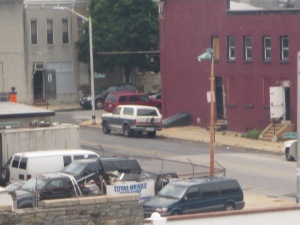 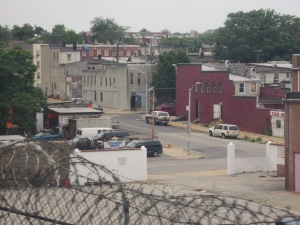