Posted on April 26, 2015 by ukdesperatehousewifeusa

This weekend a local chap approached me at a festival. He’d seen me at some blog parties in Howard County and a few political events. He found the title of my blog confusing. ‘So you’re a desperate housewife? And you’re proud of that?’

‘Er no, I’m being kind of ironic with the title. A desperate housewife is basically everything I don’t want to be and the blog is a quirky account of how I decided to free myself from the desperate housewife chains that can capture an expat trailing spouse and how I chose to get out there in the community and do all sorts of things and have all sorts of adventures. And I try to do that on a daily basis. And then I blog about it. Maybe it’s not ironic, but that’s what it’s about, anyway.’

‘But you call yourself the UK Desperate Housewife USA…..’

Sigh. I’m not sure what else there is to explain about that. 😉

You that gal off the telly?

‘I saw you on the front of the Howard Magazine.’

‘And you were on TV on Sunday, right?’

‘Hmmm, you look better in person. The TV makes everyone look so much bigger.’

When I was on the Howard County Magazine 🙂

I’ve been checking out the British school curriculum, uniforms, bags, shoes, timetables, and critically, the school menus, for Harry’s UK return. The British school system will be a whole new ball game for him.

As we looked through the school lunch menu of one school I noted that every Friday there was fish on offer. Harry was confused.

‘Why fish?’ queried the small one.

‘Cos it’s tradition in the UK, I guess,’ I replied, remembering fish suppers at home on a Friday.

‘In America it’s tradition to have pizza on a Friday,’ stated Harry.

And I have no more to say about that! 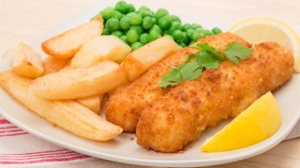 Cricket in the USA

It was the annual British/American cricket match this weekend, and as I drove my American friend to his virgin game, he queried how one caught the ball.

‘Gosh,’ said he, slightly worried. ‘So there’s a chance of injury…’

Hey, we’re tough cookies us Brits! But, wouldn’t you know it, for the last ball of the last over my friend made a stunning catch. No mitts required! 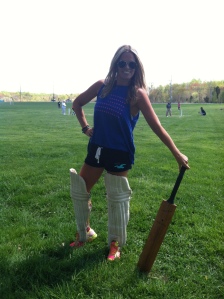 A glorious spring day for it.