Posted on February 12, 2015 by ukdesperatehousewifeusa

Accents in The Wire

As a Brit in the USA, I am fascinated by how fascinating my accent is to Americans. ‘Say this word and this one and this one!’ they cry (often British swear words appeal to a certain crowd!). I am also intrigued by how some people find it easy to pick up different accents. My son can alternate between British (at home) and American (at school) with ease. On the other hand, my husband’s Cockney accent often warrants interpretation by me for our American cousins (it’s the fast way he speaks, plus the use of colloquialisms that confuse).

I also love the varying American accents across the States. How I love to travel to South Carolina to hear the Southern twang reminiscent of Scarlett O’Hara herself, or to hear the Texas cowboy drawl whilst hanging in a bar listening to country music. Ah, bliss! I attempted a New Jersey accent in front of American friends recently as my new dinner party party-piece. I need to have a word repeating in my head in order to recreate this North Eastern accent and so I keep pronouncing the word ‘dawg’ (dog) over and over, just like my New Jersey friend’s mother does (and slightly based on the Desperate Housewives of New Jersey, sadly), and then I gush out a sentence, generally with the word ‘dawg’ in it. It seems to work and the guests all seemed fairly impressed by this girl from Bath, England (that’s pronounced ‘Barth’ btw) 😉 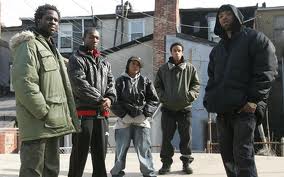 The Wire, set in Baltimore

Accents are an amazing thing. They can set us apart or make us feel part of a group. They are the key to our identity, our community and our culture.

With all this preoccupation about accents in mind, I spoke to BettyAnn Leeseberg-Lange, a professional ‘accents expert’ about her work with Talking Well Consulting. She’s worked on TV shows such as The Wire, with ace Brit actors Dominic West and Idris Elba no less, and with The Shakespeare Theatre, focusing on dialects and accents and her interview is truly fascinating stuff.

Drive-thru banking, how I will miss thee

I’ll miss it. Until I experienced it, I never even thought about it using it. But, I love it here in the USA. It’s a lazy-ass thing, but on a cold day it beats finding somewhere to park (like in the UK) and getting out the damn car!

I’m talking about drive-thru banking, folks. It’s not a thing in the UK.

Why do you need it so? asked a British chum. Cos, I replied I get paid by ‘check’ and they have to be deposited. 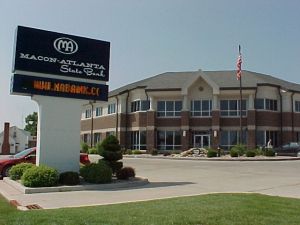 A drive up bank thingymajig

Question: inside American banks, when you speak to the person via video and then send your money up the ‘Gringotts shoot’ as I call it (Harry Potter reference), where is that person actually located? I think they’re upstairs somewhere cos that’s the way the shoot goes, but maybe they’re located in the basement next to the bank vault. Or, perhaps, more boringly, they’re just in the office along the corridor. And if that is the case, why can’t they just be behind a counter?! So many questions!

I need to know the answers!