Posted on January 14, 2015 by ukdesperatehousewifeusa

I think America and England are going to break up over an egg. But it’s not any old egg; it’s the iconic Cadbury’s Creme Egg wot we ate when we wos kids in England.

My British friends are outraged, shocked, seeking therapy because Hershey — the company that produces Cadbury products in the U.S. — wants to change the chocolate egg-shell recipe. Stateside the original Cadbury Creme Eggs recipe will remain the same. The new formula only impacts Cadbury Creme Eggs in the U.K. So why do it?!

The company is now using a “standard cocoa mix chocolate” in its recipe, according to The Sun.

“It’s no longer Dairy Milk. It’s similar, but not exactly Dairy Milk. We tested the new one with consumers,” a chocolate-egg spokesperson said. “It was found to be the best one for the Creme Egg, which is why we’ve used it this year. The Creme Egg has never been called the Cadbury’s Dairy Milk Creme Egg. We have never played on the fact that Dairy Milk chocolate was used.” 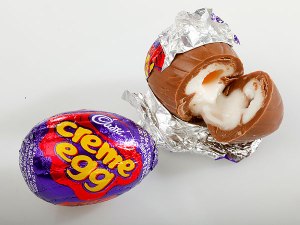 Hands off our eggs!

The company has also changed its packaging size — from six to five Easter eggs in a box — without reducing the price.

Next time someone in the USA asks me how I like my eggs, I’m going to reply ‘The Cadbury’s way.’ 😉

The Life of an Expat Wife

The life of an expat wife is an odd one. (Same applies to expat husbands, of which there are many, but for this I’m just going to focus on what I know cos I am a lady and therefore a wifey.)

I get it. It is hard. And then you feel guilty for not feeling grateful and making the most of it. I do all I can to make my life out here have meaning and purpose, but some days, yep, it ain’t always easy. 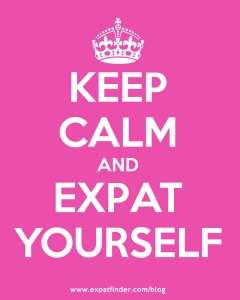 I can’t say I’m thrilled at school snow delay #3. Oh, whilst I would hate to have the responsibility of that job where you call the shots based on weather reports as to whether schools close or not, and I totally respect that person and that they have to make a decision, it still sucks.

They made some good calls last week, but today the snow but sprinkled a layer of icing sugar. Damn that snow: it’s more unpredictable in its behaviour than a teenage girl, and I should know because I was one. 😉

Anyway, this is what it looked like this morning: 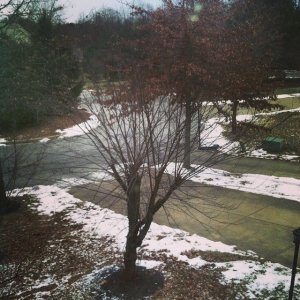 I can confirm that, as a working mother, it’s a pain in the arse to have snow delays.

My American blogging chum who lives in Austria was telling me how kids in Austria just get on out there and ski to school and that ‘the term “snow day” does not exist. In fact, our daughter is thrilled when there is snow, because it means recess will be outdoors. American students need “Big Girl” panties.’

I agree. Get them out there, stop mollycoddling them kids and prepare them for something other than a morning of video games. I even heard a mother tell her child in the playground at pick up the other day: ‘Don’t make snowballs…..don’t throw snowballs….just don’t touch the snow.’ Sigh.

Someone is very happy to be going back to England this week for a visit. In fact, Harry even asked if he could stay there with my parents and we just come and get him and take him to our UK house when it’s time for school to start.

I get the impression with Harry that, whilst he’s enjoyed the USA, it hasn’t stuck in his soul. It will be interesting to see how America resonates with him when he is back in the UK.

When I asked him ‘What are you looking forward to most about going to England, Harry?’, he replied, without hesitation: ‘Speaking English.’

Harry is British at heart

That boy speaks American at school and English at home and won’t speak American in front of me. He says that at school people don’t understand him if he speaks in an English accent. 😦