Posted on November 21, 2014 by ukdesperatehousewifeusa

As I sat and listened to my American friends reminisce about their American childhoods, and as they spouted forth their cultural references that went right over my head, it made me realise that Brits and Americans really are raised differently, and with different influences in their lives.

I considered a couple of things: Harry will certainly have more varied and wider cultural references to reflect on as he grows up, which is ace. And it also made me wonder if I sat there and talked about getting a Sherbet Did-Dab, a Wham bar and the latest copy of Smash Hits with my pocket money when I was kid, and watching SuperGran (Gawd, I hated that programme!) and Blue Peter in the 80s, if my American friends would also find these references going right over their heads?

British school girls in a boarding school common room (can you spot me?!). Note Bruce Willis on the wall!

Sure, nowadays we can access pretty much anything online, but there is still a huge cultural divide between British and American kids and the way they are brought up, what influences them, and how they grow up, I believe. Yeah, yeah, we all remember watching Back to the Future and Teen Wolf and we drank Coca Cola (at the weekends!), wanted to skateboard, and saw Lady Di marry Prince Charles, but the day-to-day stuff differs enormously…..

Anyhow, this is what my American chums were raving on about last night….

Pudding pops
Apparently Pudding Pops are a ‘frosty Popsicle treat’ originally made and marketed by Jell-O, and which were first launched with Bill Cosby acting as spokesperson (oh dear…..). He marketed them as “Puddin’ Pops!”

Pudding Pops come in a variety pack of chocolate, vanilla and chocolate-vanilla swirl.

Apparently it is sorely missed. 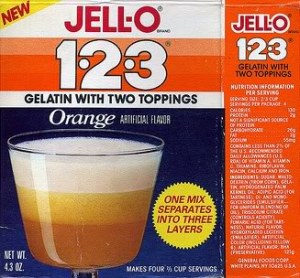 As my friends reminisced about the Americana of their lives, one did mention watching the British show Count Duckula in the 80s. Why this show of all shows?! I mean, it’s pretty good, as far as British cartoon shows go, and it obviously made an impact with good old David Jason voicing the Count!

A little bit of shared culture we can reminisce about together, after all!

Here’s to cultures of all sorts! Happy Friday 🙂