Posted on October 19, 2014 by ukdesperatehousewifeusa

The Renaissance Festival: medieval merriment like only the Americans know how.

Do we have this sort of thing in the UK, they ask. Not really, unless you count a few Forest of Dean folk pretending to make blankets out of wool on a miserable foggy morning in an ‘encampment’, talking like they’re extras on Merlin, as being like Rennfest, which it totally is not.

I’ll miss this Game of Thrones/Harry Potter/Pirates of the Caribbean drunken revelry in the woods. I’ll especially miss the Lancashire/Somerset hybrid accents from some folks who are trying to be totally authentic and the annoyed looks they give me when I speak in a real British accent.

I have one wish for Rennfest tho: I wish for everyone’s sake they had invented bras in medieval times. #lotsofboobsfloppingabout 😉

Rennfest is an eclectic mix of folks 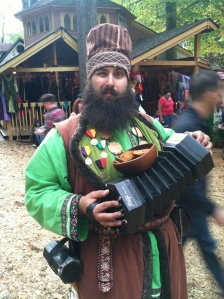 My mate Joe works the whole of Rennfest 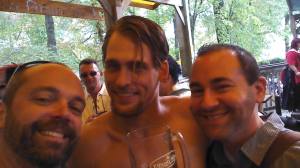 I don’t watch Dancing with the Stars, but it’s the American version of Strictly Come Dancing. Anyway, there’s this dude on there who is a pro dancer and today he came to Columbia, MD to teach us fitness instructors some of his ‘La Blast’ moves.

What a cheeky chap he is (he loves an innuendo!). And he is super talented and v funny! 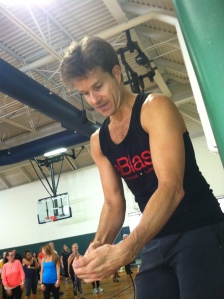 Louis, with his lovely hair! 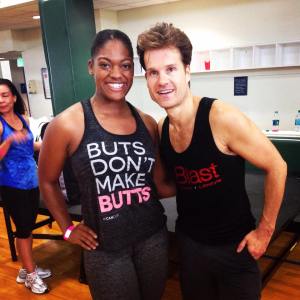 With my chum Christine 🙂