Posted on October 11, 2014 by ukdesperatehousewifeusa

I keep getting comments about my TV news appearance from folks in the UK saying I sound really American!

I donned my best British accent for that piece! I suspect there are a few inflections that I’ve picked up and you tend to just because it’s easier. But, even yesterday on the set of another TV show some of the other extras didn’t catch my British accent until I spoke ‘full sentences’ and thought I was either American or Australian!! I’m guessing my accent blends now; must try harder! 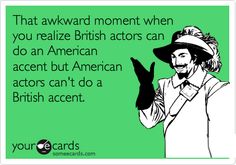 I met an American lady yesterday called Suellen. Not ‘Sue Ellen’, as we might now it from Dallas, but pronounced ‘Swellen’. Fact! 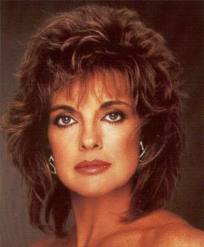 The First Lady of Texas

The importance of a fake accent

I met an American guy too yesterday who told me a wonderful story about how he auditioned for a play (The Importance of Being Earnest) in Maryland and did the whole thing in a British accent, and they thought he was a real Brit, so he kept the whole thing up on stage and off stage for the whole of the show and afterwards, but I don’t want to spoil the whole thing for you, so he’s going to write that story for this blog shortly. It was captivating and very, very funny!

So why did I meet all these people yesterday? Well, I sat in a holding room for the TV show VEEP (the British version of The Thick of It) from 1130am-3am. Yes, that long. We did do a scene or two, mind you, but I can’t talk about that! 😉 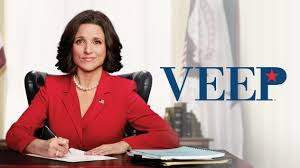 Also, there was a British female director called Becky Martin, who did Peep Show, back in the UK. I had a little chinwag with her about how Americans just can’t nail saying the word ‘brilliant’ in a British accent.

It was a very cool, but very long day/night in chilly Downtown Baltimore.

I’ll let you know when my episode airs!