I really have to share this LA conversation that I totally eavesdropped on in a fancy Beverly Hills restaurant between two gay guys, who I later found out are make up artists in the industry. I would so love to know who it was they were talking about….

Camping out in California

Of course, no roadtrip would be complete without a camper van/RV involved. It was with slight reluctance that I partook in this part of the journey mainly because I like my loo to be in the same area as my living quarters. Call me spoilt….

My heart sank a little when I saw ‘Niagra’ and realised the three of us would be living in the small space for four days and I would basically be crawling around on all fours a lot (my husband, on the other hand, rather liked this idea….). But I rallied my great British spirit that embraces stuff like camping and eating cold beans and wot not and decided that this was actually going to be fun.

And it so was. 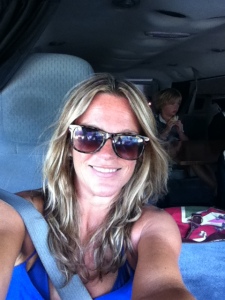 See how happy I am roadtripping in ‘Niagra’! 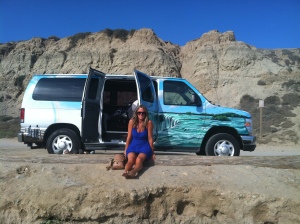 Camping at the beach 🙂 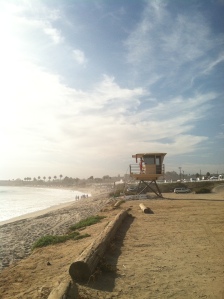 This is what it’s all about…

Fun is cooking up the beans and sausages in the back of the van and watching the sunset in the desert as you drink a cold beer and toast marshmallows on a campfire. (Fun is not washing up in cold water and with soggy bean juice, though…).

Fun is brushing your teeth in the fresh air as the blue jays nibble your nuts ( 😉 ) at sunrise in your bikini that you’ve slept in. (Fun is not waking up at 4am and needing a wee and not wanting to go over to the restrooms in case of rattlesnakes and staying awake till 7 to have one.)

Fun is having brekkie on the beach watching the surfers.

Fun is looking at other people’s RVs and wondering why they brought their entire home with them on a camping trip, including flat screen TV and video games.

Suffice to say, I will camp again, and maybe even in the Scooby Doo van! (Note to husband reading this: that’s not to say that I don’t love hotels and showers and pools and bars, cos I do still a lot, 😉 ) And I’m not sure I’m ready just yet for a British seaside caravan holibobs, though I’m not knocking it! 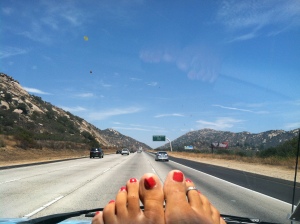 For me the most spectacular part of the whole roadtrip was the mountains and the scenery we spied during our travels there.

This part of California, near Idyllwild, was breathtaking. It was the part of America I really wanted to see and experience and I was not disappointed. I really felt like I was in the real America when I was in the mountains.

But…omg, those flipping winding mountain roads are enough to take a British gal’s breath away. What were they thinking when they built them (other than ‘we have to create a pass from top to bottom and back again’)?! My husband even felt a little giddy as we descended the mountains. 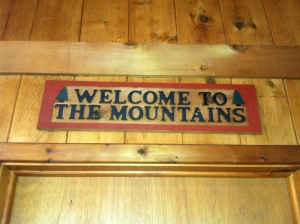 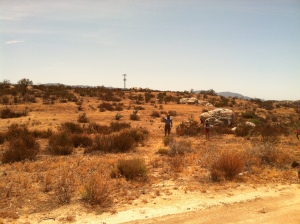 For me, this bit of the roadtrip will stay in my memory forever. Mountains, trees, desert, rocks, geckos, ranches, Native American history, Mexican history, little mountain villages and crazy casinos. Loved it. 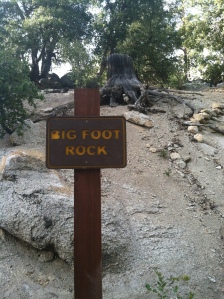 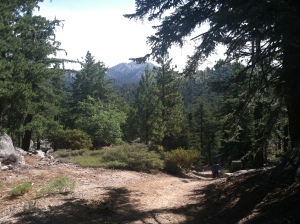 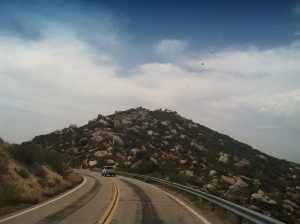 The roads terrified me! 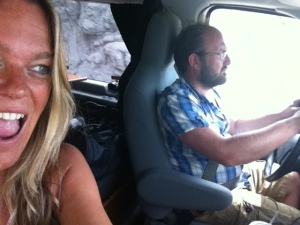 Screaming selfie in the camper!

Next up: Santa Monica, Santa Cruz and meeting the Brits.