Posted on August 8, 2014 by ukdesperatehousewifeusa

Before the west coast roadtrip takes us to San Diego, I must share with you one LA moment that is worthy of a blog post all of its own.

Now, suffice to say that I am a bit of a Johnny Depp fan. So, when my friend Gwen told me his EXACT address just off Sunset Strip, I can confirm that I almost wet my knickers. 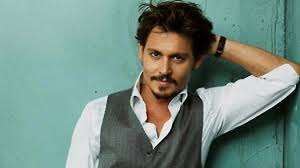 So, gawd bless him, my husband placed Johnny’s address in the Sat Nav, and, playing to my untold excitement, declared: ‘Next stop Johnny Depp’s house.’

Oh, how I shivered with antici…pation (don’t you think Johnny should be the next FrankNFurter by the way!?) What would happen when we set eyes upon each other? Perhaps he would be having a drinky-poo on his deck and invite me in and we’d share a moment as the sun set on the boulevard and then we’d exchange leather bracelets (cos we both have a penchant for that) and he’d tell me I just have to be the heroine in his next [non-action, cos they are a bit crappy] movie.

So, the Sat Nav said we were at the road and that the very place Johnny slept, ate and breathed* was at the end of the road. Oh my! We wound our way up a very, very narrow and very, very windy and very, very steep road to the very top. At this point I must tell you that we were in our camper van, and therefore when we reached the top and saw two gates and a very small and tight turnaround area, we realised that it was going to be troublesome getting out again in said camper van.

It was at this point that I realised Johnny’s house was the very gated and very secure one and that we would not get a look in any which way. Then, we spot the very celebrity-looking folk who are being driven up in a golf cart to a party obviously taking place in the house opposite Johnny’s and they roll their heavily made-up/plastic surgery eyes at us annoying and stupid tourists in our large and indiscrete camper van, and at that moment I felt like a right British wally.

So, we decided to turn around and make our way down the road. And whilst Jonny did not see me on his deck basking in the last rays on the sun, supping a Pinot Noir with my toes wriggling on his hammock, he would have, should he have had the inclination, seen me impatiently and embarrassingly guiding my husband in the camper van for a 14-point turn out of his gated driveway and back down the very narrow, windy and steep hill via his security cameras. It was quite a dramatic exit, it has to be said, and I did turn to smile and wave at the security camera as we left, but I think I was a bit shamefaced about it all by that point.

And that is the story of how I didn’t meet Johnny Depp in Los Angeles.

(* this is only his LA pad when he wasn’t spending most of his time in the UK, which he does a lot – in fact, ironically he was only bloody fimling a new movie in my home town in England at the time of my visitation, I found out later!)