Posted on June 10, 2014 by ukdesperatehousewifeusa

You know, in the USA, these lovely Americans call riding a horse ‘horseback riding’. I mentioned this to an American friend, who was driving me and some Brits around DC.

‘We just call it horse riding,’ said I. ‘Isn’t that another interesting difference?’

“It is,’ mused my American friend. ‘I don’t know why we call it horseBACK riding – I mean, where else are you going to ride a horse…?’

To which my saucy British friend (she’s from the North West of England, no less) replied: ‘Well, it depends where you’re from……’

And we erupted into a mass of school girl giggles. 🙂

Don’t ask me to navigate on American roads. Oh, I just don’t get it! My American chum helpfully explained how the system works when you’re on long, long main roads and then the roads are numbered off to the left and right. I get it now, but still don’t ask me to navigate. That is all I have to say about that 🙂

Tea at the British Ambassador’s Residence

Where else would one go for a nice cup of tea in Washington DC? Only the British Ambassador’s pad, that’s where!

Fine tea, smashing cakes and a rather hot chef, who was tending to his herbs (that’s herbs with an ‘h’ cos he’s British, innit).

Here is your very own tour of the British Ambassador’s home, with commentary by moi.

This is me and my lady friends wot all had tea together with the Ambassador’s wife. Tea was served by a lovely chap who let us pose under the Queen 🙂 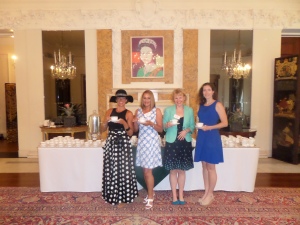 This is where the British Ambassador sits on a Sunday after eating his croissants (brought over by the French Embassy) and prune juice. (Note: I am just guessing all of this – none of it is based on fact in any way shape or form.) 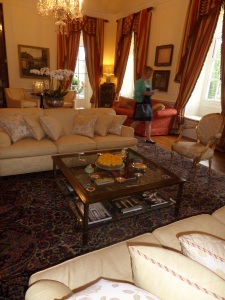 This is where the Ambassador’s wife counts how many of her Ferrero Rocher are left after the Ambassador’s reception from the night before (remind yourselves of the classic British 80s advert here… 😉 (Again, not based on any factual information.) 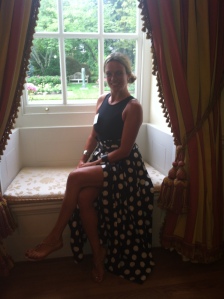 This is where I’d sit with a vodka and tonic, actually

These are just some mates who’ve come to stay with the Ambassador. A motley crew 🙂 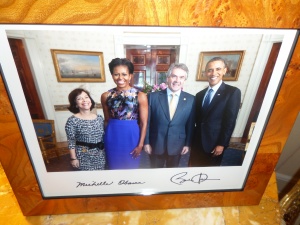 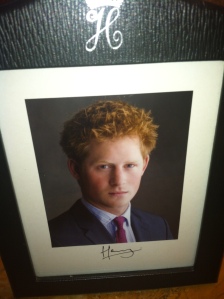 This is where the Ambassador’s wife sits and reads letters from Bette (that’s the Queen, or Her Maj, to you and me). (Again, I just imagined this – go with me.) 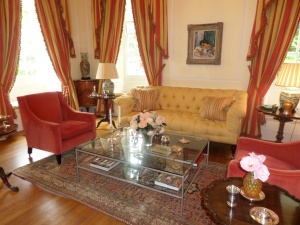 This is where the Ambassador and his wife entertain guests. (This is actually TRUE, obviously!) 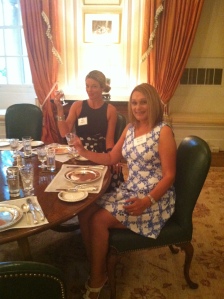 We had a fine time having tea and looking round the grounds. Splendid, don’t you know 🙂

Look at those lovely nibbles! 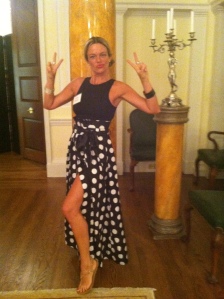 So, next year’s tea party (not be read in a ‘Tea Party’ way) at the Ambassador’s Residence …..if you’re a) American and b) really, really nice to me, then I might invite you along as my guest!