Posted on April 2, 2014 by ukdesperatehousewifeusa

I’ve not been overly conscious of my British accent in the USA before now. In groups of Americans, I just chat and that is that. Sometimes, when I make a call, I feel like letting the person on the other end of the phone have their internal moment of ‘Oh, it’s a British accent’ by starting the conversation with ‘Yes, I’m British, so have your time to adjust to that and then let’s talk’ but generally it is what it is and I’m a Brit in the USA, after all.

But just these past few days I have been very conscious of my British accent, and the setting almost warrants a nod towards irony. It’s during rehearsals for the Shakespeare play which I’m performing in. I’m the only Brit among a most excellent and hugely talented American cast for Romeo and Juliet and the strangest thing is that I have suddenly become very conscious about my British accent.

It stands out, and when the rest of the cast and delivering the Bard’s iambic pentameter superbly in their American accents, mine just sounds….well, it just sounds very, very British and a little out-of-place. How funny/ironic is that?

All I’m telling myself is that at some point Lady Capulet must have had her own expat experience. 😉 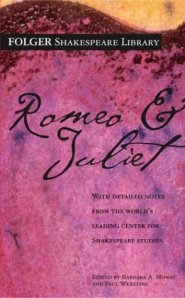 Meet Betsy, 27, who has a foot in both the UK and the USA. She writes her blog Besty Transatlantically, is based in DC, loves Boden clothes, and is married to a Brit.

You have a foot in both UK and the USA – tell us about that.
I moved to London for my MA in autumn 2008 having visited England half a dozen times before – I knew I’d have a wonderful experience but I didn’t expect it to become “home” so quickly or completely! Of course, having married an Englishman helps tie me to the country, too. I’ve been back in Washington, DC for nearly two years now and Jon and I will be living in America for the foreseeable future, but the plan is to eventually move back to England and settle down there permanently! 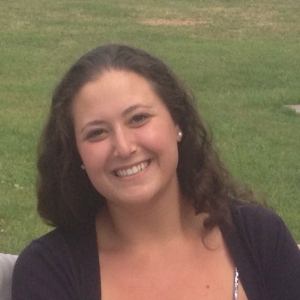 What are the main differences between you and your English spouse?
To be honest, many of the American/English differences between Jon and me can also be explained as girl/boy differences – I’m talkative and direct and I like to share personal stories, and he’s quieter and more subtle and definitely places a higher premium on privacy than I do!

Tell me 3-5 things you would take to the UK from the USA.
If I could, I’d bring American customer service over to the UK! Also, like every other American expat on the other side of the pond, I wish you guys had proper American tumble dryers. Otherwise, though, I wouldn’t bring anything over – part of the fun of living somewhere else is actually getting used to a different way of life, you know?

And 3-5 things you think the USA should implement from the UK.
Pub culture! I miss pubs – and especially pub gardens when the weather is nice. There’s just something about sitting outside in the sun (even if you still need a jacket!) for hours over a few pints and a bowl of chips. I also love rugby, so I’m excited to see that the US as a country is starting to get more into that.

What are the main cultural differences between the UK and the USA that you feel separate us?
My answer here is probably more political than it needs to be, but I think our main cultural differences come from how we see ourselves on a world stage. The British seem to carry the responsibility that comes from partnership when they interact with other countries, whereas Americans are, as we have historically been, more isolationist which means we interact with other nations and nationalities in a much more “us v. them” way.

If you had to do an elevator pitch to promote lifestyle in the USA, what would you say?
This is a hard one! I actually don’t know. I might say something about achieving the American dream, but in this economy – even though it is improving – and with this useless Congress… I don’t know, honestly!

Complete this sentence. Washington DC is…
….driven, rooted in history, optimistic about the future

Betsy at her wedding

When you were in London what felt strange and what really frustrated you?
Not much for either! There was a period of assimilation, yes, but at a certain point you just have to get on with life when you’re an expat. There’s no point in wallowing in the strange or the frustrating aspects of living in another country, especially if you’re an expat by choice like I was.

When you arrived back in the USA did you find some American things began to feel strange or frustrating?
Reverse culture shock is definitely real – the first time I went grocery shopping in the States after moving back, I almost had a breakdown when confronted with an entire aisle of peanut butter options! But again, the more you dive into your new life the more real it will become and the less you’ll feel out-of-place and/or frustrated by the differences.