Posted on March 30, 2014 by ukdesperatehousewifeusa

Before going to the State of Texas, I’m not ashamed to admit that these things sprung to mind:

Many people I’d spoken to told me Texas was a big state all round. My hope when visiting Texas was to see Texas for myself – not all of it, of course – I was only there for four days, but I wanted to see a city and country mix, and whilst I might not get to visit the young John Ross on Southfork, I was sure I would get a pretty good idea of what Texas had to offer.

Flying over Texas as you land at Dallas Airport is pretty spectacular. One minute there are mountains and wilderness and lakes and trees and then, bang, there’s great big tower blocks and it looks all businessy, where the oil-barons-of-the-state unite. And a lot of people have pools in their back gardens, I thought, as I peered down out of the plan window. No wonder, what with the ‘stifling’ summer heat that I had heard about.

As I went through Dallas airport I couldn’t help but whistle the Dallas theme tune. It probably amused and pissed off several Texans, but who cares! I was in Dallas [airport]! Land of the Ewings! (Yes, I am aware they are not real people, but allow me my fantasy 😉 . )

Me and Larry the Legend

Anyhoo, a brief pit stop in Dallas before heading to San Antonio and straight to the riverwalk. This is my kind of place: eateries and drinkeries on the river in warm sunshine! Sunshine, I cry! How you have eluded me!! In fact we had changed our flights to an earlier time to get to Texas because yet another batch of wretched snow was about to descend upon Maryland. Curse on thee, Mother Nature.

To be honest, I felt that I could have been in an Italian downtown area on the canal – this place was picturesque, historical and charming. There was a real juxtaposition of modern and traditional cultures, art and history, old and new.

To confirm this, Harry danced to a drumming street band outside the Alamo. How cool is that for a six-year-old kid to experience. Amazeballs.

The boy’s got some moves!

And steak. There was a lot of steak. Or brisket. Or steak. Good job I’m not a vegetarian and that young Harry is a devoted carnivore (sorry vegetarian chums!)

As much as there was wealth and ‘tourism’ in abundance, a few blocks past downtown (still not sure exactly how blocks work – American fail!!) there was an entirely more Mexican culture where neighbours and friends sat on each other’s porches, ate homemade Mexican food, where the houses needed repairing, couches sat out on the front yard, and the graffiti adorned the walls of houses and apartments. And this neighbourhood was fascinating. I like heading off the beaten track to see how the real folk live. It makes you understand the reality of things. 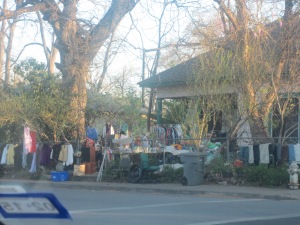 It reminded me just how close to Mexico we were, and, after stopping in a park where the kids ran about barefoot and enjoyed the last of the evening sunlight, we headed to an authentic Mexican restaurant. This blew all the Mexican food I’d experienced in the States before right out the window. This was real Mexican food – and it was ace!

The best bit was when a two-piece Mexican band came in, adorned with guitars, sombreros, ponchos and gold teeth. When they started playing the manager went and turned up the background music to drown them out. So, for four and a half minutes there were two different types of music blaring out in the restaurant until the Mexican band conceded defeat and made their exit (after passing round the sombreros for cash 😉 ). 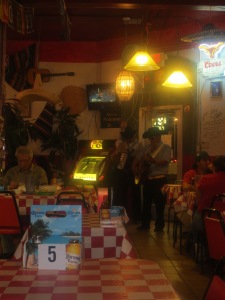 So, here’s the story of San Antonio in pictures, which tell a thousand words. 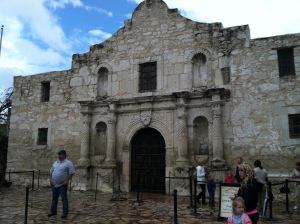 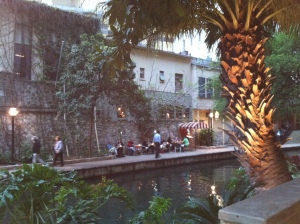 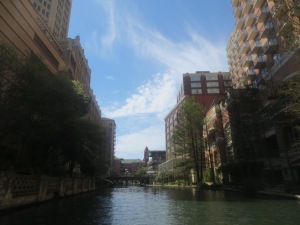 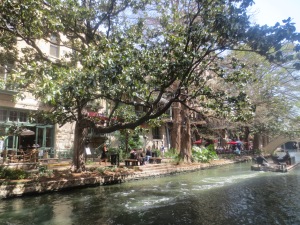