Posted on January 2, 2014 by ukdesperatehousewifeusa

The UK Desperate Housewife has a plan and that plan is to hit the West Coast of the USA this year. San Fran, LA, Grand Canyon, Vegas etc. Woopie!

The thing that I am looking forward to is playing ‘spot the difference’ between the East and the West Coasts.

2. Families have been in the USA much longer. Many families can trace their USA immigration back hundreds of years.

3. The East Coast puts more emphasis on splitting from your family and friends and making your own way. Seen more generations go, where kids would often move away to other cities/states to start their own families.

4. More distinctive USA culture. This is probably due to the British influence, and having more historical landmarks that date back to the beginning of the country.

2. Historical landmarks are more influenced by Spain than colonial British.

3. Population is younger. Less people have American generations that span beyond a few generations.

4. Less emphasis on Americanism and patriotism. Not to say it doesn’t exist on the West, but certainly less pronounced.

You might or might not agree with those statements above. Will I find the two coasts vastly different? Will the cultures clash, collide or confuse?

One of the more interesting stories about the East/West culture divide is about when Facebook CEO, Mark Zuckerberg, showed up at a meeting with Wall Street investors last year wearing a hoodie. His trendy/sartorial choice sparked a flurry of headlines contrasting Silicon Valley’s laid-back culture with the East Coast’s insistence on formality. 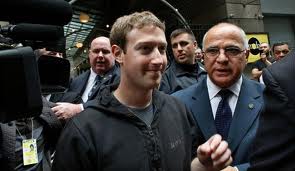 New research finds that this West Coast-East Coast culture clash isn’t just media stereotyping. In fact, people living in the east coast city of Boston closely link their overall life satisfaction with how content they are with their own social status. In San Francisco, residents don’t make the same connection, reflecting a more individualistic, free-to-be-me culture.

Apparently, I will find that the East is more old and established, and the West is more new and free. Interesting!

What I do know is this: I will be wearing my Daisy Dukes every day on the West Coast. That much I can guarantee 😉