Posted on December 9, 2013 by ukdesperatehousewifeusa

Well, there it is, the snow. And I still don’t like it. Snow days mess with grown up plans – like WORK 😉

Anyhow, best pull on my thermals under my Daisy Dukes (actually, perhaps not – it paints not a pretty picture….!) because they (the media) say the worst is yet to come. 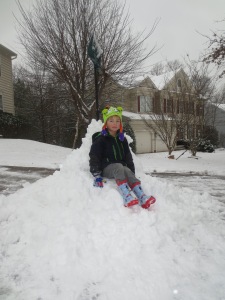 I suppose snow can be fun…. (I was taking pic from the INSIDE of the house 😉 )

And this is what the media folk are saying:

‘Flights are canceled, cars are piling up in icy crashes, and millions are stranded — many at home, others along roads. And this isn’t just typical winter fare slamming the Northeast. It’s part of a rare pattern walloping virtually the entire United States at once.’

This is the weather picture of the USA today…

Yes, I confess I do wish I was in Florida.

I checked the temperatures for Florida first thing this morning, just to compare – jammy beggars!!

I still get confused about temperatures. I think in Celsius, not Farenheit. This leads to total confusion with American friends.. 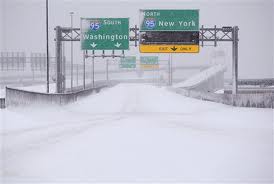 So news reports about temperatures totally do my head in. Like this:

‘Temperatures in Baltimore are at or above freezing right now, but it is 30 in Frederick and 30 in Westminster.’

But how I read that is that freezing in Fahrenheit is not freezing, it’s like a number quite a bit above Zero. Zero is freezing because it is 0. Oh now, I’m, confusing myself.

Whatever it is, it is flippin’ cold and I don’t like it!

In all the snow confusion, this cute deer rescue comes out as a wintery-cheer fest!

Remind me to not to go Minnesota in the winter…