Posted on November 12, 2013 by ukdesperatehousewifeusa

Oooh, nippy! (Is that a phrase used by Americans? If not, do start using it USA chums – it is very apt when describing chilly weather.)

Anyway, Maryland got cold today. Friends in NYC said they had snow, but whilst temps dropped from the upper 40s to the 30s and, yes, even produced some snowflakes in parts of the area, it was not to be here in Columbia.

But this does mean the Daisy Dukes are off the fashion menu for now, and there is an altogether more miserable Desperate English Housewife holed up against the chill. Sigh.

However, this cheered me up today at Howard County Community College : 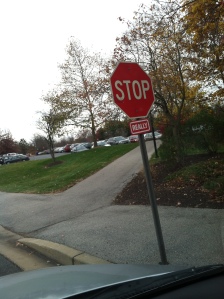 They really mean it, so I really stopped (and took a picture).

British Wives’ Club in the USA

I hear there is a British Wives’ Club not far from me. I think I might have to hear what these ladies have to say about living in American and whether or not their sense and sensibilities have been shaken since living here.

I suspect we’ll also have tea and talk about how sad it is that David Suchet will no longer be Poirot on the TV back home (sob, sob – America, watch this for fabulous British TV), the weather, places we have travelled to in the USA, how long we’ve lived here, where we like to shop, the lack of driving regulations and how Americans pronounce stuff 🙂 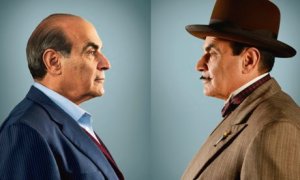 Possibly the best Poirot ever

Or maybe, just maybe, this is the undercover Fight Club I’ve been looking for…. 😉