Posted on October 10, 2013 by ukdesperatehousewifeusa

The Men of Howard County

Howard County is lucky. Why? Because it has a lot of great people in it, and I’ve been fortunate enough to meet some of those lovely peeps. Today I am going to focus on some of the guys I have met (and these ones happen to be in the political arena). The dolls are just going to have to wait their turn!

These are super-folk. And they make me smile, and they are engaging and they have intelligence and humor and make me think that Howard County is a pretty special place. (Note: this is not a dating blog, in case there are any single women/men out there – I think pretty much all these chaps are taken…!)

Anyway, here is today’s list of top blokes I have met in Howard County (note, there are many more, but for today, it’s these chaps that get top billing, so don’t pout if you’re not in it! 😉 ) There are plenty more to come!

Tom Coale
Tom is 32, and I sometimes can’t believe the things he does for the community. I think my year of being 32 years old was mostly a hazey one.

I certainly wouldn’t have spent my spare time planning and promoting a “Main Street Appreciation Weekend” encourage community support in order to try and make up for a tough year for Main Street Ellicott City.

Tom, he loves that Ellicott City!

And I definitely wouldn’t have spent my Saturday mornings tending to the Community Action Council’s Community Garden, which provides fresh produce for the Howard County Food Bank. Because I would have been in bed with a hangover. Not Tom, though. All credit to him. And to his wife, Nicole 😉

As if that isn’t enough, Tom is on the Board of Trustees for the Community Foundation of Howard County, which supports Howard County non-profits – and on the Board of Directors for Voices for Children, which recruits and trains Court Appointed Special Advocates for abused and neglected children. Wowsers!

See what I mean? Lucky Howard County, that’s what I say! I’m popping in to an event on 5 November to support Tom, because I think he is a top chap. And it’s at the Howard County Museum, which I’ve never been to. Super dooper! You can come along to the event too (if you’re in this neck of the woods). Tom is the candidate for Delegate for Ellicott City in District 9B, and me thinks he may well have a very long and promising political career ahead of him…..

Byron McFarlane
I have been ‘friends’ with Byron (that means on Facebook) for a while, tracking some of the stuff he does in the community, and last night we spoke in person – hoorah!

Me and Byron bonding (I have devil eyes)

Byron (note that is ‘The Honorable’ Byron….) is the Register of Wills for Howard County at the State of Maryland and was first elected in 2010. He’s now running for re-election, which is why we met last night – I am nosy blogger who likes to go along and chat to people and find out about American folk and how the politics works.

Byron (love that name – one of my fave poets!) is the 18th Register and the first openly gay elected official in Howard County history. Byron is currently President of the Maryland Register of Wills Association.

This is Byron pointing at stuff. He has a great point 🙂

I think I might be hooking up with Byron for a few drinkies soon! 😉

Ken Ulman
Ah, Ken, or ‘Mr Howard County’ as my friends call him. He is admired by many folk in this area. And he is the same age as me – hasn’t he done well?!

He pops up at the local school events just like one of the other dads, all cool and nonchalant, with his lovely wife, the ever-glamourous Jaki. And then he’s charming everyone at a political event the next evening, talking passionately about Howard County and all its successes and how it also needs to keep moving forward.

From the first day of his administration, County Executive Ulman made a commitment to the citizens of Howard County: make good government even better. 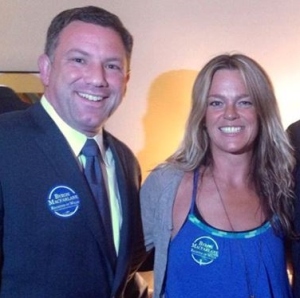 Hoorah! Look at us, all co-ordinated too!

When he was elected as Howard County Executive, Ken was a mere 32 years old. Again, I remember only haze from being 32…..

He’s now running for Lt. Governor of Maryland and that’s like a top-notch post, alongside Anthony Brown. Ken always has time to say ‘hello, how are you?’ and ask about my blog. It’s going very well indeed, thank you for asking, Ken 🙂 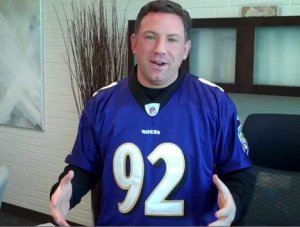 Ken in his Ravens gear. I’ll let him off the synthetic material, cos he is the County Executive 😉

Guy Guzzone
Guy is a super smiley chap. He always has a hug and natter, and a bit of banter about my cheeky blog. And he’s got his own Wikipedia page! Cool!

What a happy chappy!

On June 13 this year Guy announced his intention to run for Maryland State Senate on District 13. Woohoo!

Guy is a guy who does stuff – education, open space, community involvement – that’s his thing. I hear he also helps to provide rides for senior citizens as a volunteer driver for NeighborRide – and I bet those old dears are queuing up to get a ride with him…… 😉