Posted on September 24, 2013 by ukdesperatehousewifeusa

I was not fully aware of the Kid President in the USA until my friend Tom mentioned him yesterday on his blog.

So, he’s like a mini Obama giving out advice and positive statements. He is the self-proclaimed voice of a generation.

Kid President was borne out of the simple belief that kids have voices worth listening to. The belief is that kids can change the world as well as grown ups.

Kid President says, “Love changes everything. So fill the world with it.”

So what would a UK Kid Prime Minister look like? Oh, I hate to think he might be a bit dull and one of those young Conservative wallys* who talks in an upper crust accent, snorts a lot at unfunny jokes about the state of the pavements in their community, and carries a clipboard around, taking note of inappropriate things as makes his merry way along the disempowered UK high street.

* ‘Wally’ is an excellent word from the 1980s in the UK, which, in my belief, should be reinstated as the top dissing word, much like ‘plonker’. 🙂 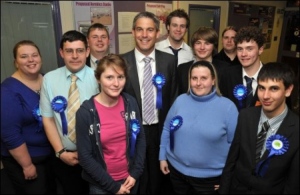 Anwyay, all hail the Kid President. He rocks.

Well, flippin’ heckythump, there is so much pumpkin paraphernalia around, I can’t believe we haven’t had an invasion from Planet Pumpkin right here in Howard County, Maryland.

People are queuing up to get their Pumpkin Spice Lattes, there are a plethora of Pumpkin Pies in the bakery sections, and Pumpkin Beer adorns the shelves in the liquor stores.

Look at them all!

So, why do Americans love pumpkins so much and why the explosion in marketing of the big orange squash-type thing?

The Huffington Post noted that this year, the word “pumpkin” seems to be creeping its way into hundreds of foods, drinks, and other products – teas, marshmallows, soy milk, Pop-Tarts, and Pringles. Pringles? Really?!!

But what has spurred this explosion in marketing a big orange squash?

And although pumpkin beers and pumpkin breads have been produced since colonial times, that they weren’t always the specialty foods that they are today. There is a nostalgia for this old-fashioned, rural way of life, which the pumpkin depicts (that no one ever really wanted to stay on, but everyone’s always been romantic about), experts say.

Nowadays, a real pumpkin isn’t even necessary to elicit these old-timey feelings. Many modern pumpkin and pumpkin spice products like beers, cookies and chocolates don’t contain any actual pumpkin. What?! Artificial flavouring? Who’d have guessed….?! 😉

Hold on, there ain’t no pumpkin in this fella!

I wish to apologise to the lady in the bank whom I had to talk to via a computer screen, who could not understand me, and consequently got the giggles. In the UK we don’t have banks where you talk to the teller on a phone via a computer, nor plastic bottles that you put your money in and then press a button to send it down a chute.

It all felt a bit surreal, and unnecessary. But funny, too. Ah, America, you do make me smile! 🙂