Posted on September 3, 2013 by ukdesperatehousewifeusa

Some American chums have been mocking me for fearing the amazing Chesapeake Bay Bridge. It’s so bloody high and winds along and up in a rollercoaster way, with not a lot of side coverage, that’s why it’s all a bit scary…. (And no, I’m NOT doing the run over it!) 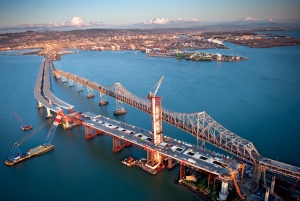 This video by the BBC highlights for me exactly how I feel about it!

Sure, once you get to the other side it’s amazing (and the views are incredible of the bay if you can bear to look out), and I do breathe a sigh of relief when I get back over it towards home, but it’s still ‘the scariest bridge in the world’ for me (despite being ranked no. 9).

Not all movies in the UK do well in the USA….why is that? Do they not translate across the Atlantic?

But wait! There is light at the end of the movie theatre tunnel – Steve Coogan and Dame Judi Dench (America, you LOVE her, right?!) in a movie together – a movie that is set in the UK and the USA and is all human interest and comedy and stuff we may both get…. please let this one be in movie theaters here. It is Dame Judi, after all, even if it is a little independent type movie called ‘Philomena’ directed by Stephen Frears. 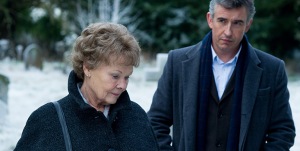 (It’s the true story of an Irish woman, Philomena Lee, who became pregnant as a teenager in 1952, and was sent, in disgrace, to a convent in Limerick. Her son was taken away at the age of three and sent to America, to be adopted, and she was strongly encouraged to sign a contract that she would not try and find him.

Spoiler: she breaks this contract.)

Come on AMC movie theaters (cinemas), enough of the blockbuster crap – get some of the indie movies in!

Fall or not to Fall?

Now Labor Day is passed and the pools are closed, is it officially Fall?

It can’t be, cos I am still in my Daisy Dukes and the leaves are still on the trees and I am still using up the last of the suncream.

When does Fall begin? Apparently the equinox brings Fall/Autumn on September 22, 2013 at 4:44 P.M EDT. So I will welcome Fall then, and not before!

‘It is the summer’s great last heat,
It is the fall’s first chill: They meet.’
Sarah Morgan Bryan Piatt 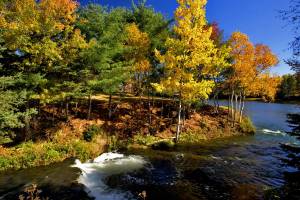