Lordy, that Bay Bridge in Maryland gives me the jitters, and now even more so….

A woman swam to safety last Friday night after a tractor-trailer hit her car and sent it plunging over the Bay Bridge at the Chesapeake and into the water. (Other motorists were stranded on the bridge for hours – hellish!)

Morgan Lake, a 22-year-old College of Southern Maryland student, was able to get out of her car, swim to some rocks and wait for help – wow, she was lucky! 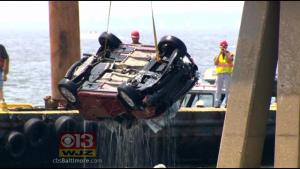 And there’s footage of her climbing out on to the rocks. So the guy took the footage and did not help her out…?! Anyway, the poor thing looks like her top’s come down too! I suppose if you’ve just plunged into the sea and survived, you don’t really care if your boobs are showing a bit. 😉

Are there real cultural differences that still exist in a 36 year marriage between a Brit and American? Lenore and Roger tell their stories of how they met and made it work for so long…..

Roger and I have just moved to Maryland to be close to our grandkids. We have lived in California 36 years so this is a big move for us. I have been married to my husband, Roger for 36 years. We met on a cruiseship where Rog was a photographer. He lived in London but travelled to Florida to work for NCL cruiselines. We were married in Collingham, Nottinghamshire, England in 1977 and then moved to California where I had lived all my life. We have two kids, and two grandkids. We are both now retired. 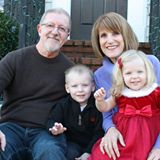 What do you enjoy most about being married to a Brit?
I love the cultural differences and hearing stories about growing up in England. I love that my children are exposed to their Dad’s heritage and that they have family who still live in England. I also like that they have dual nationality. It makes them feel connected to their dad in a very special way.

What differences do you still encounter?
Sometimes Rog still uses British terms and slang and I have to remember what he means! We also get into disagreement about Beatles albums and songs because different albums were released in the US and England so with both of us being huge Beatles’ fans, we are always in a big debate about it! 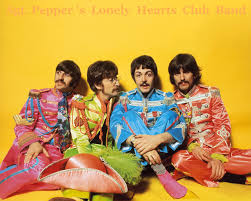 Love a bit of The Beatles!

What myths, stereotypes and preconceptions about the USA and the UK do you think do exist or are just a load of nonsense?!
I always believed that everyone in England ate tons of butter and cheese and drank lots of pints and everyone was unhealthy and overweight! I also thought that the pace was very slow and laid back and although it may be compared to the US, I didn’t think it was at all when I was there. And British folks are not stuffy and DO have sense of humor!

PS.
Meeting my husband and having the opportunity to be married in England was the best moment of my life (and having my kids of course). To be in the little village that my husband was raised in and to be married in the church where he sang in the choir was phenomenal. We have since taken our kids there to see where he grew up and they were just amazed at the differences between the US and England, all the history, culture and majesty of it all! I love being married to a Brit! 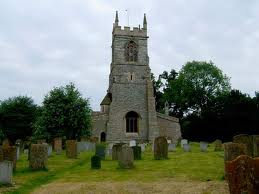 I was born and raised in Collingham, England. I went to London College of Printing Elephant Castle, London. I received a contract as a photographer for NCL cruiselines in Florida in 1975. That is where I met my wife, Lenore. We were married in Collingham in 1977 and moved to Southern California where Lenore lived. We had been there ever since until just this year when we moved to Maryland to be close to our grandchildren. We have been married 36 years and we have two children. Our daughter and her two children live here in Maryland and our son lives in San Diego. I worked as a General Manager for AT&T for 23 years and a VP for Quest Communications for 6 years and retired in 2005.

What do you enjoy most about living in the USA?
When I came here, the opportunity to be whatever you wanted to be was a reality. I love the weather (lived 36 years in CA) I really enjoy the large number of food options, ease of travel, places to go and things to do. Love the number of TV channels! Great mall shopping! 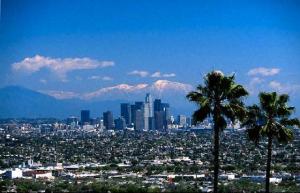 What do you miss about the UK?
I really miss watching cricket live and on TV. Miss the pubs and the social establishments. Miss the food that I grew up with like pork pies, sausages and all the puddings. I miss the beautiful village communities.

What differences do you still encounter?
Since I have been here so long and there are lots of English people in America, I don’t experience too may differences any more. In the beginning, it was very different in many ways. People had a hard time understanding my accent and hearing proper English! Now I speak “slang” like every other American!

The best thing about being a Brit in the USA?
I can still keep my British heritage and culture but can still enjoy all there is in the USA. I can watch British movies and shows and understand everything that’s being said!! 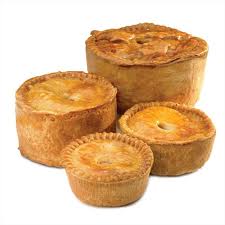 What myths, stereotypes and preconceptions about the USA do you think do exist or are just a load of nonsense?!
That Americans are notoriously obnoxious, rude and loud! That’s the perception I got when I saw travelling Americans all my time in England. Not true (with exceptions!)

PS.
I recently became a citizen. It took me a long time to decide to make that move but after being here for so long, I wanted to be able to participate in elections and be a complete part of living in America. I was able to keep my British citizenship so that was the main reason I decided to become an American Citizen as well.