The law can’t make up its mind! 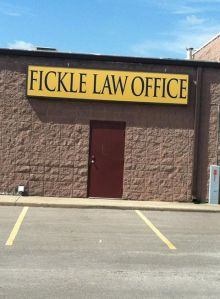 Tickled by the fickleness of the law….

This is Matt’s love story….

My name is Matt and I was born in Virginia Beach, VA in 1978. I have no brothers or sisters, but many cousins that I grew up with who were like the siblings I never had. I’ve lived in the UK since July 2006, but I had visited it several times before (my first trip being in 2003). My reason for being here has always been my partner. He is English and we started chatting online and we hit it off instantly. After we met in person for the first time in 2003, we knew this was definitely the way to go.

Since the US did not recognize our union but the UK did, it made the choice of where to live easier. I would move to the UK and we had our ceremony on September 2, 2006. I got a job as a computer programmer and have been working at the same job since November 2006 (obviously 2006 was a big year for me).

What do you enjoy most about living in the UK?
Definitely not the weather! 🙂 But seriously, I love the diversity. I love the fact that if we wanted to, we could catch a flight and 30 – 45 minutes later be in a totally different country. We’re so close to everything and all the cultures mix together in the country.

And honestly, I’ve grown pretty partial to a full English for breakfast and curry for as many meals as possible. It’s been really neat getting to immerse myself in a totally different culture on a different continent and explore. I love having all the really old, historic things around (a few weeks ago, we visited a Roman villa). 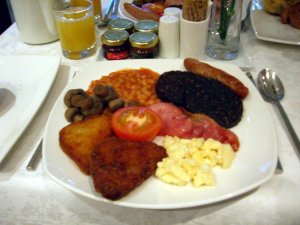 I went to school at the College of William and Mary in Williamsburg, VA and with it being founded in the 1700s, it qualifies as very old for the US. However, over here, something built in the 1700s is not quite so rare. I also have gotten pretty hooked on tea. It’s also nice to have trains that are fast and can be used to get easily from one place to another without needing to drive. I didn’t get my UK license until about 6 months to a year after I first moved over, but it didn’t slow us down at all with travelling. We just caught the train and went wherever we felt like.

What do you miss about the USA?
For me, it’s usually something to do with a food or a drink that I miss. I tend to frequent the US import food stores over here and am always on the lookout for something that I want (even if it’s just a small pack of Twizzlers or Reese’s pieces). It’s almost like having that little bit of food or drink takes me back. I do miss having my family around as well. It gets tough sometimes just doing the odd 2 or 3 weeks back in the US and then flying back to our life in the UK.

Matt in the UK

What differences do you still encounter and what frustrates you about the UK?
Sometimes I still encounter problems where people stereotype the American and make assumptions before knowing me. I’m assumed to be loud (which I’m not) and pushy seem to be the most common things. I’ve also had a few times where someone doesn’t understand what I’m saying because of my accent. We recently went to the London zoo and I went to order lunch at a fish & chips stand. I attempted to order two portions of chips with curry sauce and it took about five attempts before it was right (the guy finally had to get someone else to come to the till to take my order).

I also get frustrated because, from an early age, we were always taught to be patriotic. We started school every day by saying the pledge of allegiance to the flag and I guess that’s a bit in-grained in me. Since being naturalized, I have taken to being patriotic about my British side. I have a union jack mug at work and like things with American and British flags and themes on them. I get a lot of strange looks and the “oh, he’s such an American. Why do you need yet another thing with a flag on it.” To me, I’m proud to be a part of a country (whether it’s the country I was born in or the country that I have taken as my home). I just don’t get not being proud of your country.

What cultural differences are there between you and your partner?
I’ve managed to Americanize him quite a bit. As previously stated, I’m more on the patriotic side of things and he’s not really that bothered. I still make sure that we celebrate Thanksgiving and we do try to do something around the 4th of July, so he doesn’t get away with us being all British. We try to keep it a mix of both our traditions.

Are there any USA traditions or holidays that your observe in the UK?
Definitely. I always book off Thanksgiving. We either try to find a restaurant that serves Thanksgiving food (usually in London) or we take a trip somewhere. Either way, we celebrate. We also tend to try to find something around the 4th of July.

In what way do you think your life is different because you are in the UK rather than the USA?
I feel like I have a lot more opportunities to experience new countries and cultures. I love languages and cultures, so the idea that we can take a very short flight and end up in any number of European countries really appeals to me. I know that living in the UK, I also don’t have as much family influence as I would in the US. My family is very close and being 3,000 miles away does keep me out of the loop on some things. 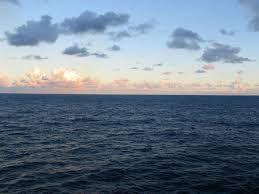 PS.
I really do enjoy living in the UK. We have discussed in the future about moving to the US so my partner can experience the expat lifestyle. It’s definitely something that scares a lot of people. The thought of moving out of your birth country and living in a completely new place with new culture and traditions can really frighten some. I was initially pretty worried about it, but after the initial “shock” phase (where I think I just kept feeling like I wasn’t fitting it), it all just falls into place and life goes on, albeit 3,000 miles away from where it used to!