Posted on July 6, 2013 by ukdesperatehousewifeusa

Visiting Amish Country was pretty much near to the top of my bucket list. I knew very little about these people, apart from the movie versions of Amish ways of life (and other complications!) like Witness and The Shunning (the made-for-TV movie, which we made ourselves watch only because it is about the Amish).

My preconceptions of the Amish community pretty much went like this: beards, hats, aprons, private, farming, religion, baked goods.

It was totally and utterly fascinating being in Amish Country – very much like entering another country altogether, and we immediately sensed the European undertones, which are obviously drawn from the Dutch and German heritage.

1. There are two places very close by in Pennsylvania – York and Lancaster. Just like the War of the Roses, thought I.

2. Pennsylvania states it is a ‘state of independence’. 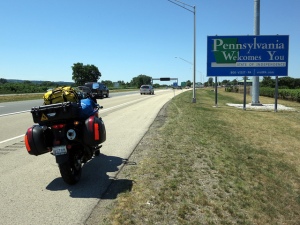 A state of independence indeed….

3. When you are in an Amish traffic jam, you go very, very slowly behind those horse and traps.

4. Their bikes have no pedals, which just looks like scooting to me.

A bike or a scooter?

5. The Amish don’t like having their picture taken. (I found this out on day two – oops).

As much as I admired the land, the farming, and how resolute they are at sticking to their rules and customs, I decided that there are many, many reasons why I could never, ever be Amish.

Reasons I should/could/would not be Amish…

1. I cannot quilt. Actually, I cannot even sew. Quilting is a big Amish past-time. Sigh, I’d be bored after stitch four. But quilt those ladies do – and the results are really quite stunning, and if I’d had the odd $1000 I might have bought the Lone Star quilt, but I do not, so I did not.

2. You have to be a really good gardener. This has not passed down to me from my mother, who is a fantastic gardener. The Amish women are in charge of the gardens, and totally immaculate they are too. In fact, I was prepared for a more rustic way of living, but the houses and the gardens had a very modern feel to them. I’d say there is certainly more than a bit of competition between the ladies in the Amish community to make their gardens as perfect as possible (a touch of the Desperate Housewives creeping in, hey?!). We saw one lady trimming her edges in bare feet – apparently, they are allowed to take their shoes off in the summer. Wow. 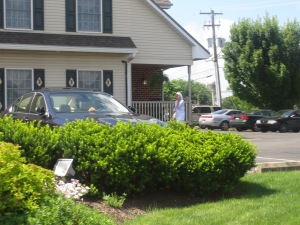 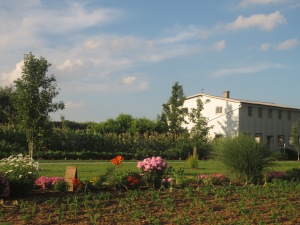 3. Which leads me on to stockings. And clothing in general. The hats, the aprons, the stockings. That’s too many clothes for me in one short list. It’s so precise, so conformist, so particular. And so Amish. I loved to look at them in their clothing, but not for me. I felt completely under-dressed in my Daisy Dukes. To them, I was probably some harlot from the city…. 😉

4. Amish food is amazing, and they take such pride in it, and indulge we did for a weekend. But Shoo-Fly cake – it’s calorie-laden ladies! Baked goods galore adorned the shop shelves. It was their fields of organic vegetables that really struck me – it is all harvested (by hand) and laid out beautifully on the roadside or in shops and it just looks stunning. But with pot-pies and apple butter, I had indigestion after all those glorious samples! 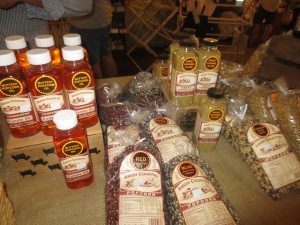 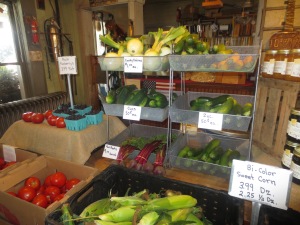 5. Living arrangements…..so apparently the Amish all live together until they are about 21, and then generations move in with each other and even the community pops in to each other’s houses every weekend, so to my mind you HAVE NO SPACE AND FREEDOM! I tell you, I love my family, but if I lived with all of them day in and day out FOREVER I think I might go mad. There is a community feeling, which the Amish must love and enjoy, but for a modern-day gal, that creates a cloud of claustrophobia that envelops me. 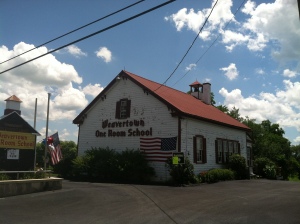 6. No electricity. None. OMFG. Can’t cope at the thought of it! And no cars. Still, we loved this sight of the horse and buggys!

7. The Amish were pleasant and kind, and allowed us in to view various aspects of their life, but they are a shy bunch and didn’t really engage in conversation. For this very reason, I could not be Amish.

Overall, Amish land was an aesthetic wonderland for the few days we were there. But as idyllic as it looked in the sunshine, there must be some very harsh realities with their way of life. The culture is truly fascinating, and whilst their customs and traditions do not allow them to partake in certain aspects of modern life (like electricity), they still have links to modern society.

Our tour guide told us she had been Amish until she was 30 and then had decided to leave. She still lived in the area, quilted for the them and knew them all very well, but she told us she was in the 3% who make the decision to leave. I would so be in that 3% (make that 4% then). She would not be drawn on the reason why she decided to part ways with Amish lifestyle, but I have a feeling that a man might have been involved….

It would be remiss of me not to mention that, like every other tourist who goes to this area, how amusing I found the name of the town of Intercourse, home of the oldest Amish settlement in the country. Conveniently, and amusingly, across the field is Paradise, and over the mountain is Blue Ball. 😉 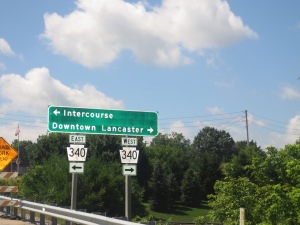 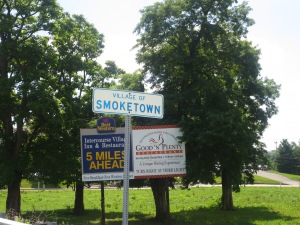 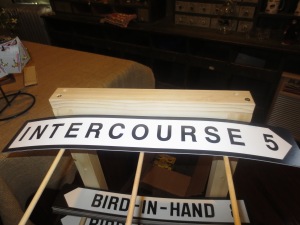 The farms are what really took my breath away. Lush, green and with endless crops that they farm and harvest by hand. I’ll leave all that shenanigans to the Amish – they seem to enjoy it, after all. 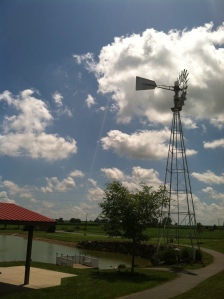 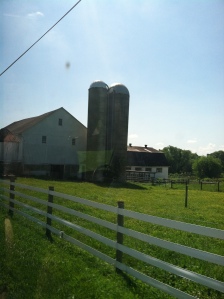 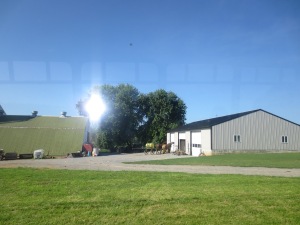 My only disappointment was that, owing to their shyness and private way of living, I was unable to talk properly with members of the Amish community. I had so many things to ask, and I wanted very much to hear their responses in their distinctive accents, but sadly that was not to be. 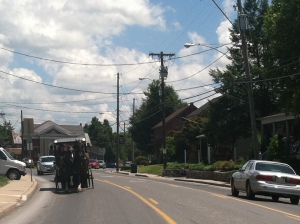 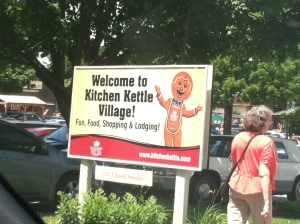 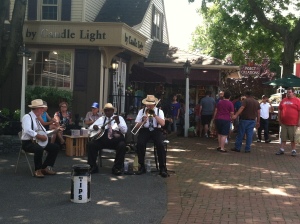 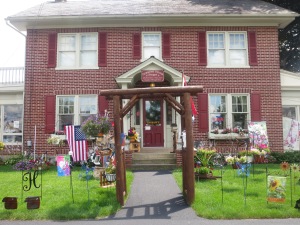 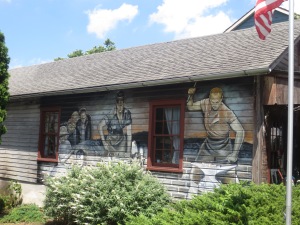 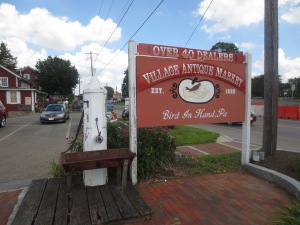 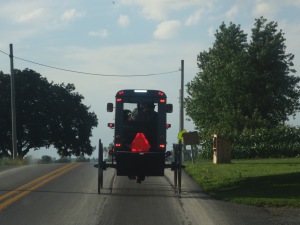 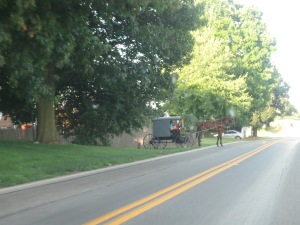